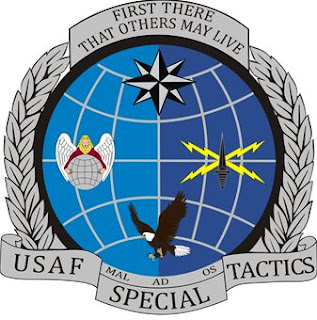 As a member of a Special Tactics team, getting to work can be an adventure. For example on any given day you may freefall from a high altitude, then maneuver your parachute to land behind enemy lines in time to save injured personnel; use inflatable boats and scuba gear to sneak in from the sea to guide in military aircraft; or use cross-country skis and rock climbing gear to traverse steep alpine passes to direct a precision bomber attack. This is just all in a day's work for the men of the Air Force Special Tactics Group.