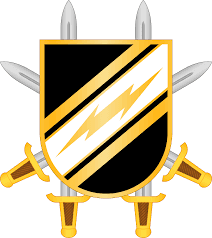 In the investigation that followed the failed attempt to rescue US hostages from Iran a number of deficiencies were identified. One of the main factors contributing to the confusion at Desert One was the lack of compatibility between communications systems, and the fact that each service involved had different standard operating procedures.

The JCU is tasked with ensuring standardization of communications procedures and equipment used by JSOC, and its subordinate units. It is also tasked with providing a link between deployed JSOC units, other special operations and military units, other government agencies, and the National Command Authority (NCA). JCU is required to maintain doctrinal expertise in the use all the services communications equipment. JCU is also proficient in the use US governmental agency's and allied military communications systems.

In June of 1981 JCU assumed the responsibility of providing communications support for US special operations conducting counter terrorist (CT) operations, from the JCSE. Prior to this specially selected, airborne trained Army and Air Force personnel assigned to JCSE Quick Reaction Element teams supported CT exercises, and missions. Since its initial activation JCU personnel have supported every JSOC deployment.

In October of 1983 the JCU deployed as part of JSOC task force conducting operations on the Caribbean island of Grenada. For its actions during the operation, the unit was awarded a Joint Meritorious Unit Award.

In 1990 JCU communicators were deployed to the desert Kingdom of Saudi Arabia. The US deployment was code named Operation Desert Storm, and was the largest deployment of US forces since Vietnam. As part of the build up of US troops, JSOC had covertly deployed a a Joint Special Operations Task Force (JSOTF), composed of several military Special Mission Units (SMUs), to the area. With the JSPTF initial mission no longer necessary, the task force was used to hunt form Iraqi mobile SCUD launchers, in an operation code named Elusive Concept. JCU personnel provided critical support between JSOC units operating in the field, and and higher headquarters elements. For its support of JSOC units during the Gulf Conflict, the JCU and its personnel, were awarded a third Joint Meritorious Unit award.

In the fall of 1993 JCU personnel once again deployed in support of JSOC units operating in a hostile environment. The US had deployed a military force in support of UN peace keeping operations in the nation of Somalia. As part of that support the US had ordered the secret deployments of a JSOC JSOTF. The JSOTF was tasked with capturing rouge Somali warlord Gen. Mohammad Farh Adid. The JCU provided a communications link between the JSOTF, the US CINC, NCA, and other UN forces operating in the country.

Most recently JSOC units have been operating in the Balkans supporting NATO peace keeping operations in the Former Yugoslavia. JCU personnel have provided support to these operations.