Although JSOC's stated purpose is to provide a unified command structure for conducting joint special operations and exercises, it is widely reported that JSOC is actually the command responsible for conducting US counter-terrorism (CT) operations. JSOC is reported to command the US military's Special Missions Units (SMUs). These SMUs are tasked with conducting CT operations, strike operations, reconnaissance in denied areas, and special intelligence missions.

Much of the hunting for senior Taliban and al Qaeda members in Afghanistan is being conducted by a unit called Task Force 11, composed mostly of Delta Force soldiers and SEALs.

In 1998 the US Department of Defense’s top policy official acknowledged that the military has covert action teams to combat terrorism and to counter potential terrorist use of weapons of mass destruction (WMD). "We have designated Special Mission Units [SMUs] that are specifically manned, equipped and trained to deal with a wide variety of transnational threats," said Walter Slocombe, Undersecretary of Defense for Policy.

JSOC units have reportedly been involved in a number of covert military operations over the last two decades. Some of these operations include providing assistance to Italian authorities during their search for kidnapped US Army Gen. James Dozier, participating in Operation Urgent Fury; the US invasion of Grenada, planning a rescue attempt of US hostages being held in Lebanon, rescuing hostages being held aboard the cruise liner Achille Lauro, participating in Operation Just Cause; the US intervention in Panama, directing US Scud hunting efforts during Operation Desert Storm, conducting operations in support of UN mandates in Somalia, and searching for suspected war criminals in the former Republic of Yugoslavia.

JSOC units regularly conduct training with similar units from around the world, and provide training to nations that request US support. JSOC has also provide support to domestic law enforcement agencies during high profile, or high risk events such as the Olympics, the World Cup, political party conventions; and Presidential inaugurations.

The full text of PDD-25 is reported to exempt the Joint Special Operations Command from the Posse Comitatus Act of 1878 18USC Sec.1385, PL86-70, Sec. 17[d]. which makes it illegal for military and law enforcement to exercise jointly.

On June 5, 2001, The Deputy Secretary of Defense amended the scope of the Anthrax Vaccination Immunization Program [AVIP] implementation to include only designated special mission units, manufacturing and Department of Defense research personnel, and Congressionally mandated anthrax vaccine research. The Anthrax Vaccination Immunization Program was reintroduced June 28, 2002, by the DOD, Department of Health and Human Services and other federal agencies as a coordinated force protection program to defend designated people against possible, future anthrax incidents. The vaccination program was reintroduced in phases and only certain groups are initially eligible for the vaccine. These groups include designated special mission units, manufacturing and DOD research personnel, and people assigned or deployed for more than 15 consecutive days to selected higher threat areas, primarily in Southwest Asia. This includes emergency-essential DOD civilians and contractor personnel.

In 2002 a major disagreement delaying creation of the new Department of Homeland Security was over giving the President the flexibility to make national security related jobs non-union. In the early 1990s President George H.W. Bush made such a determination for workers at the Defense Mapping Agency under the operational control of the Joint Special Operations Command.

In January 2005 a small group of commandos deployed to support security at the Presidential inauguration. Theye were deployed under a secret counterterrorism program named Power Geyser.

The 1st Special Forces Detachment-Delta [SFOD-D] and Hostage Rescue Team [HRT] of FBI train together at the $80 million upgraded Range 19 in Ft. Bragg, NC. HRT also maintains an office at JSOC HQ at Pope AFB adjacent to Ft. Bragg. Both SFOD-D and HRT train together at Quantico, VA where they have exclusive use of a new airstrip with enlarged C-141 capability. 160 SOAR out of Ft. Campbell, KY flies SFOD-D/HRT to their city urban assault assignments.

The Casualty Care System (CCS), developed in 2000 under a CBIAC Technical Area Task (TAT), protects both patients and health care personnel from CB contamination. The biological protective material in the CCS is laminated with the biocidal resin, Triosyn®, while the charged melt-blown filter traps aerosolized biological particulates. The chemical protection of the CCS passed the Aerosol Vapor Liquid Assessment Group (AVLAG) liquid/vapor permeation test method in Test Operating Procedure (TOP) 8-2-501. Blowers provide filtered air both to the CCS and to the patient's mask. The CCS contains glove ports, sterile interfaces for fluids and oxygen, and an equipment pass-through, and is compatible with fielded litter systems. The Army and the Joint Special Operations Command guided the CCS development effort.

The DARPA Active Templates program, working in close collaboration with the Joint Special Operations Command, developed the software tools-of-choice for special operations command and control. These tools allow military planners to sketch out plans against a time-line or with a map or image in the background, merge plans from other teams that are connected to the network, de-conflict and coordinate changes as plans solidify, and then use these same tools to track the progress of the battle during mission execution. Time-and-motion studies show that these tools speed planning by a factor of four, buying time for rehearsal and critical decision-making. These prototype tools were advocated for use following several successful special operations exercises in FY 2001. In October 2001, they were deployed and have been used continually to support combat operations in Operation Enduring Freedom.

An interesting illustration of JSOC concept development activities was provided by a letter dated February 2, 2004, in which Ltc. Douglas P. Weitzel petitioned the Federal Aviation Administration (FAA) on behalf of the Joint Special Operations Command (JSOC) for an exemption from §§ 105.17, and 105.19(a) and (b), Title 14, Code of Federal Regulations (14 CFR). The proposed exemption, if granted, would permit the JSOC forces to conduct night parachute operations using parachutes with no illumination, through clouds, outside of the special use airspace, at and below 1,500 feet above ground level (AGL). These operations would be conducted in Class B, C, D, or E airspace at airports closed to nonparticipating air traffic.

The petitioner stated that US Military forces are required to train and exercise the capability to seize airfields in support of national objectives. A combination of military, joint-use and civilian airfields are used in this training. This training includes parachute and equipment drops which may occur in instrument meteorological conditions (IMC) to meet training objectives. Additionally, the training includes drops, which must occur at night in ‘blacked out’ conditions to enhance realism and to meet training requirements. Placing lights on individual jumpers does not enable required training for night vision goggle operations. The petitioner stated that currently Military forces are exempted from many parts of § 105, if the training is accomplished in a restricted area or in uncontrolled airspace. Few potential training airfields are covered by the military forces exemption. Therefore, an exemption would allow JSOC forces to train for mission essential tasks critical to maintaining national defense.

JSOC would provide advance notice to surrounding airports of its plan to conduct the operations and coordinate the planned operations with other sister agencies on a need to know basis. Also, the aircraft would be operated with lights-on throughout the operation. JSOC does not propose to operate the aircraft under lights-out conditions during the flight and only requests that the parachutists be allowed to jump without illumination. As such, the aircraft would be highly visible to any aircraft operating in the vicinity.

The proposed concept of allowing unlighted parachute operations to be conducted through cloud cover with reported ceilings as low as 300 feet AGL is unique. The FAA believes that the JSOC must operate in hazardous conditions during combat and must therefore train under simulated combat conditions to be fully prepared for the assigned mission. The likelihood that a non-participating aircraft or a person would be near the drop zones or in the affected airspace, given the level of available and proposed security, is virtually nonexistent. The FAA therefore believes that no hazard exists to anyone, other than the participants in the training exercise who are under the direct control of the military. 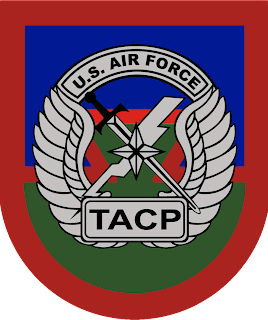