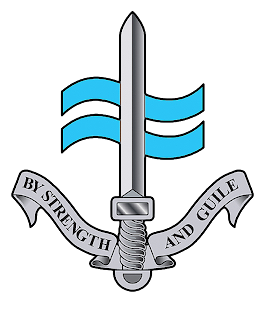 The SBS is the Royal Navy's special forces unit. Whilst experts in Maritime Counter-Terrorism (MCT) and amphibious warfare, they also operate on dry land. Since its inception during World War 2, the Special Boat Service (SBS) has been a first class naval special operations force, pioneering many techniques used by other nations, including the US Navy SEALs.

Less well-known than their army counterparts, the Special Boat Service is the UK's naval special forces unit. SBS operators tend to come from the Royal Marine Commandos although the SBS is tri-service. The SBS is part of UKSF, along with the SAS, SRR, and the SFSG.

The SBS has around 260 operators, divided into 4 squadrons

The men of C & X Squadron are specialists in canoe and small boat operations. Utilizing 2-men klepper canoes, and various inflatable boats for stealth insertion and extraction, the SBS carry out reconnaissance and sabotage missions along coastlines, river networks and up to 40 miles in land. C & X Squadrons are currently the SBS's designated 'green' squadrons ie focusing on operations on land, mostly in land-locked Afghanistan.

Trained for Maritime Counter-Terrorism (MCT) operations, the SBS men of M Squadron are on standby to respond to deal with the threat of terrorism on ferries, cruise ships, hovercraft, oil tankers and oil rigs.

The divers of Z Squadron specialize in underwater attack and insertion using mini-submarines and swimmer delivery vehicles. During a war, Z Squadron would sneak into enemy harbors and attach magnetic mines to ship's hulls.

Since 9/11, the Special Boat Service has been deployed against Al Qaeda in the global war on terror, often working side by side with their SAS colleagues. In Afghanistan, one SBS patrol got drawn into one of the largest and bloodiest battles of the war as they helped to squash an uprising of captured Taliban and Al Qaeda prisoners at a medieval fort.

During the allied invasion of Iraq in 2003, SBS teams, working with US Navy Seals, secured and scouted the beaches on the Al Faw Peninsula, paving the way for amphibious landings. Other SBS teams secured the southern oil fields. One Land Rover column of around 60 SBS men were ambushed by Iraqi forces and had to fight their way out of trouble.

The SBS is currently heavily engaged in Afghanistan, where they have been targeting Taliban leadership in a series of successful operations.